Mafia 2011 Sign-Ups/Lounge-Come in, there are ratings!

Chat Operator
Retired Forum Mod
Retired Wiki Staff
Former 'Shroom Staff
I am going to host a second Mafia game, this one to be exact. I don't think anything went wrong with my last one, except for the fact that not many people signed up. So the rules will basically be the same, but with some changes. Just a reminder, here's last time's rules:

[quote author=Suckish rules]
Rules:
1. Like any other mafia game, you vote in the day for someone you think to be mafia.
2. Dead players must go to the lounge.
3. Every night, the mafia must decide on 4 people to kill and the Head sends them in. The first unaffected person is nightkiled.
4. Sign-ups stay open until day 4.
5. The game ends when all of the Mafia is eradicated (innocent win) or when the number of mafia is equal to the number of innocents (mafia win).
6. Roleclaiming is fine, as strategy counts.
7. During the night, chat can go on in PMs.
8. DO NOT post your role PM anywhere.
9. Each phase lasts 24 hours, so make the most of it.
[/quote]
Changes:

The game has begun! Go here!

I can accept up to 30 players. Considering all the new players, I believe I will have at least 20 by the end.

I think my Halloween Mafia went well, but there were not enough players at all.

I see this starting near the start of February, so there's plenty of time to sign up.

You did indeed. Thank you. 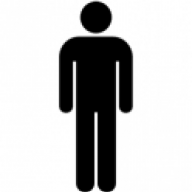 Lily and SM347 confirmed via PM.

screw you im not joining!

Ill join Rocker64
I think about you guys often. Hope life is treating you well. Thanks for being some of my closest friends, Marioboards <3

Anyone who has already signed up can have some of this first batch of King prawns and shrimps!

Which one does everyone want?

Keep that stuff away from me! Geez.

I can't thank you guys enough. It hasn't been 12 hours yet and I've already got 10 confirms. I hope to gather more tommorow.

I'm guessing Gamefreak, MG1, Ralph and probably someone else will say if they're going to or not tonight.


MrConcreteDonkey said:
I can't thank you guys enough. It hasn't been 12 hours yet and I've already got 10 confirms. I hope to gather more tommorow.

I'm guessing Gamefreak, MG1, Ralph and probably someone else will say if they're going to or not tonight.
Click to expand...

Those trio of mafia players are more than likely to be in your game. I really don't think they've ever denied a mafia game.


Serenade Major said:
Keep that stuff away from me! Geez.

Seafood is disgusting!
you fine people should hit me up on steam or something

I said 20. Once I get to 20 I'll PM MG1 to let me get in the que and leave sign-ups open for either seven more days or until the 1st of January.

This is kind of sad, there's three locked posts above this >_>

Otherwise, I'm going to send out some PMs now. Scorpion999 has confirmed via PM.