Okay, here are the rules.

1. IF YOU ARE NOT PLAYING, DO NOT POST! IF YOU ARE DEAD, POST IN THE LOUNGE! IF YOUA RE ALIVE, POST IN THE GAME THREAD!
After you die, you have one post in the game thread that you can say whatever you want. After that, back to the lounge.

2. You may not quote ANY PM whatsoever. Roleclaiming is fine, just no quoting PMs.

3. At night, you can talk about whatever you want, even if it is related to the game. Also, at night, send me your night roles, if you have any, via PM.

4. Each phase will end approximately at 10:00 PM EST. It may not as I have a busy schedule.

6. Do not spoil the game by being a turd and revealing stuff when you're dead or talking about it outside of
the forum.

If I forgot anything, just tell me.

Role PMs will be sent out shortly. Reply here when you get them. After everyone gets them, the game will start.
N

Got Mine. Also if you are on this mafia, I need more people for my Sonic Mafia so if you want to join go to the sign ups

I love my role

Got mine, and I find it very...interesting. 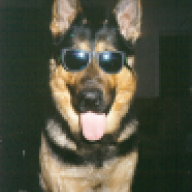 I got my role.

I'm just going to start this and make Day 1 end tomorrow since most people got their role.

One day, Andy decided to do something with his life and go to college. This was bad news for his toys because he was leaving them! Oh no! Anyway, he donated his toys to Sunnyside Daycare where evil lurked. Once they got there, they were put into a room with a note in the door. It said:

"Hello, new toys. We hate you all so each night we are going to kill one of you. Our hatred for you has nothing to do with you, so do not blame youself. Okay, enjoy yourselves."


"but i dont wanna diez" said Lily x.
"Me neither." said Mijzelffan.

Everyone started to argue over what they were going to do when Gamefreak said "Let's ask Villain! He's obviously smarter than the rest of us."

I then suggested that we take a vote to kill someone each day. Hopefully, we will kill Lotso and co. before they kill us. Everyone agreed. Ok, when you have a person to kill, tell me. I'll be in my house.


I went into my house (which oddly smelled like vanilla and paprika) and watched everyone bicker on who to lynch.

It's a beautiful day

Why are we listening to Zero's blind stab in the dark?

I have no idea.
N

huh. My as well.
Vote:BLOF


Day ends in an hour.


Sharks Territory, why do you always in the beginning of every Mafia say that it is a beautiful day? I am just curious.

Tucayo did it in the very first Mafia game, and then MG1 started doing it. Now I do it so MG1 can't.

I walked out of my house to hear Zero say BabyLuigiOnFire. Everyone else agreed. So I told Ralph and BaseballYoshi told hold her down, but she didn't try to escape. "Do you have any last words?" I asked. She just stared blankly ahead. "Ok, here I go." She quickly blurted out "I love Ken!" as I pulled the trigger. She then transformed into Barbie and had the word Andy written on her shoe. Everyone stared at the beautiful doll.

All of a sudden, New Super Mario takes out a gun from his pocket and holds it to his head.

"Whoa, no need to kill yourself just because the hot doll died," said Gamefreak.

New Super Mario pulled the trigger and transformed into Ken, the mandoll. He had an "S" stamp on the bottom of his shoe. He was a member of Sunnyside.


BabyLuigiOnFire was Barbie, one of Andy's Toys. She had no special powers, but was in love with Ken and died if he died. She did not know who Ken was.

New Super Mario was Ken, a Sunnyside Daycare toy. He was in love with Barbie, but did not know who she was. He died if she died. Along with that, he could roleblock someone each night.

It is now Night 1. Send me your night roles if you have any.
N