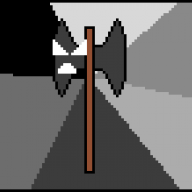 Hello, all! You guys seem to want a mafia game, so I made it Mario themed. It'll be finished by this Thursday, then we'll start. But for now, here's the sign up list:


Here are the basics of a mafia game, if you've never played before.

The game shifts between day and night. When it is daytime, players can post in this topic and try and start hunting out who might be Mafia scum. The day ends after a certain amount of time has passed (I will make sure that people know exactly how long they have left) or when a player receives enough votes to get lynched.

If you are voting, please do it in bold text.
Vote: Person A

If you want to change your vote, make sure you take your first vote away.
Unvote: Player A
Vote: Player B

You can also show that you suspect somebody without voting for them with a "finger of suspicion", which I will also keep track of in a list below the votes.
FoS: Player A

When a player recieves votes from more than half of the remaining players, their role and alignment will be revealed, and night will begin. The moment a player gets enough votes to be lynched, discussion should stop while I write up what happened. Afterwards, night starts.

During the night, there should be no game-relevant posts in this topic other than a basic "good night". This is when most players privately submit to me what actions they wish to do. There are several abilities and items in this game that can be used. After a certain amount of time has passed, night will end and the next day will start. There will also be news updates and reports on who got killed, if anybody.

If you are Town aligned, your win condition is to get rid of all of the evil that lurks within the game.

If you are Mafia aligned, your win condition is to have your Mafia group be half or more of all the remaining people in the game.

Many roles have some kind of ability attached to it. It works differently for different roles. Some are passive, and some require you to send me an action every night. Make sure you read the descriptions carefully and send me any questions if you want to make sure of something.

Items are a big part of this game - they are all over the place, and more will likely appear during the course of this game. Instead of using your ability, you can choose to use one of your items and the effect it has. Again, some items are passive and will automatically activate when needed.

You can also choose to pass any items, to another player of your choice. You can use one ability or item at the same time you pass any number of items. People will not receive the items until right before the start of the next day, however, so keep that in mind.

Advice for new players (and possibly some old ones)

If you feel that you are about to be lynched, one of the biggest things you can do is role claim. You can admit to the town what your role name and subtitle is, as well as say what your abilities are, if any. However, you are not allowed to directly quote my PM. Beware; the Mafia will likely try to provide fake yet believable roleclaims as well.

Also, you can't directly quote any PMs I give you with notices or updates unless I specifically say you can. Paraphrasing is perfectly okay, though.

You are not allowed to edit any of your posts - all evidence must be left as it is in the topic. Even if you found a spelling error and really really want to correct it, resist the temptation. You can always double post to clarify or correct something you didn't mean to say.

Please try to not discuss game-relevant things outside of this topic (general posts like "Mafia is so kewl" are fine) or to other people that could be potential replacements. You are only allowed to talk privately with other players if an ability specifically lets you. Feel free to share your inner thoughts with me, though - I like seeing what goes on in you minds.

You can roleplay as much or as little as you prefer to, depending on how much you like it. However, it's probably not the best idea in the world to roleplay as your actual role. Just a suggestion.

You might be completely honest and yet nobody believes you... it happens sometimes. There's only so much you can do at some points. Be careful about roleclaiming under pressure when you weren't actually in a lot of danger; you can't take it back, and now the Mafia knows who you are. Always remember that it's just a game and I'm hosting this for everybody's entertainment. Nothing should start to affect you personally, and if it does, step away from the topic for a little bit and relax. Ya know? We already have one game going.

Hm... True. Nevermind this thread, then. I'll postpone the game for later.

Chat Administrator
Retired Wiki Staff
OK! Sign-up time for this game (if it's still going on...)

I can't sign up because I'm leaving in 2d but does anyone else want to?

This is an old topic right?

Sorry for keeping you guys waiting, I've had recent computer trouble and totally forgot about this game!

EDIT: Right now, I'll wait for a few more players, but if no one else wants to join, I'll start the game anyways. The game will definately start before Tuesday. I think...

Chat Administrator
Retired Wiki Staff
You should probably wait for a few more players tho...

Could a mod sticky this topic? It seems this is going to be the next Mafia game...

Banned User
I think we could go with 12.
I like blueberry turnovers

Chat Administrator
Retired Forum Mod
Retired Wiki Staff
Former 'Shroom Staff
Can it start Thursday? I will not be here Tuesday and Wednesday and I don't wanna get modkilled.

Very well, Night 0 will begin Thursday. I will send your roles by Wednesday, however.

OK. I'll do mine after this one is finished.

Can I still join?

Banned User
YEs he can, Mjezllfan
I like blueberry turnovers