Your favorite portrayal of Bowser?

Throughout the years, there have been at least two different portrayals of Bowser. In the RPGs, he was a comical villain, and somewhat of a bumbling idiot. He also had all the qualities of an anti-hero; the arrogance, the tough-guy attitude, and the selfish motive of fighting against other villains just so he could kidnap Peach and/or conquer the world himself. In most of the platformers, however, Bowser was completely evil, and there was pretty much nothing comical about him. My favorite of the two? While I DO like how evil he's become in some of the recent Mario games (such as Super Mario Galaxy), I prefer his personality in the RPG games.

I hate the clown that the RPGs have turned him into.

$¥₲Ú¥27 said:
I hate the clown that the RPGs have turned him into.
Click to expand...

This. While I liked the SMB parody stages in TTYD, any other time he showed up I just kept thinking, "what did they do to him?"

I'll be specific: The Bowser from Paper Mario 64.

It's a shame the PM series couldn't keep up the trend.
S

Platformers, without a doubt.

This is my fave portrayal of Bowser.

Having any type of personality > not having one. 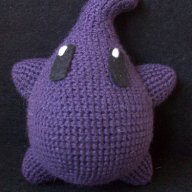 I think he has a personality. It's just different sometimes. That's the question that was asked. Which one do you like better?

Ironically, I think the most badass depictions of Bowser are in Mario is Missing and the Mario Movie.

In most of the games, he doesn't seem to know what he's doing. In MTM, SMG and a million others he seemed unaware of the danger he'd put the planet in, and seemed at times just to be doing it either to spite Mario or to impress Peach.

In the cartoons and Valiant comics he was just trying too hard.
Credit to Edofenrir for the middle image below.

RPGs gave Bowser more personality and character. All he does in the platformers is wait in a castle for Mario to kill him.

Too bad it's a terrible personality.
E

I know Paper Mario 2, and the first two M&L games portrayed Bowser as an utter moron, but still he is very competent in Mario RPG, Paper Mario 1 and Super Paper Mario.

I thought you would ask about him personality wise. I mean, to me, Bowser is best when he´s portrayed in his "First Paper Mario" persona, arrogant and funny yet still evil.

And, as much as people hated that, Scott Burns did a GREAT part on developing Bowser´s character IMO, because of his voice: it showed Bowser´s "human" part, whereas, although he DID speak before, it was only by text, as Isaac Marshal´s roars were... well, just roars. I mean, Burns did great with "mwa-hahahaha", "amateurs, I rule!" or "Junior I´ve got something difficult to tell you about Princess Peach". Kenny James does a good voice too although personally I prefer Scott Burns´s voice for Bowser.

At leas with the RPGs, you can see why lots of Koopas are willing to stick around as opposed to rebel against him;

Koopatrol: And that's it for the game!
Bowser: *comes in* Oh, a gameshow! Looks fun!
Koopatrol: Sorry, we just finished.
Bowser: Aw. Oh well.
*pause*
Bowser: Wait, Peach! You escaped! Take her back to her room!

(Note: The above was obviously not direct quotation)

Also, it's not as if the RPGs were the only games to give him comical characterisation.
Is Bowser lacking a ponytail a symbol of a special status? His baby form had it, his skeletal undead form had it, his son has it, but he let his hair down.