What the AC is and does and other things shamelessly copied and reworded from a document I found in 2013 probably typed out by turb:

The Awards Committee forms each year in March to choose the awards and nominees for the site's annual Mario Awards. Meetings will begin March 6th after the committee is formed.

Meetings are held in #mwikiawardson the DarkMyst IRC network on alternating Friday/Saturday nights from 8 to 10 pm Eastern time. The first meetings are held in mid/late March and the last meetings are held between the end of May and early June. In the meetings, we go through and review the list of awards and nominees from the previous year. Many are revised to take out old, unpopular awards and nominees and add new ones. It usually takes 4 to 5 meetings to cover the Mario Awards. Next come the Fail Awards, which cover the worst in the Mario series. It usually takes 1 to 2 meetings to cover the Fail Awards. Next are the Userpedia Awards. This should also take one or two meetings. We also have the Shroom Awards, which should take one or two meetings as well. Both the UP and 'Shroom awards will be mostly handled by smaller committees formed by each respective host and group, with the AC here having final say. Finally, we will cover the non-award info, such as game tournaments and other contests that will be held. Awards Committee members will have the final decision when votes are taken in public meetings, and while non-AC votes do count, they only count for half a vote. For most votes, a simple majority will determine the decision.

Once the awards are all set, I (Anton or Smasher) will create the polls on Polldaddy. They will be open for 30 days. After the polls are complete, you can sign up to present the awards. In a presentation, you get to reveal the results to all the users in a script, comic, or other sort of digital medium.

While many dates have been predetermined, they are for the most part still subject to change. Specific times for events are also still up for discussion. The Awards Ceremony includes the ceremony threads on the forum as well as a big party in #mwikiawards.

Any deviation from this will be announced either within this topic or elsewhere within this board. 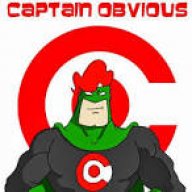 Who am I? Isn't it obvious?

Perhaps there could be a new awards category?
Credit to df for my sig's formatting. | Your wish is my command. | Come and ask me stuff. | I <3 cheese!​

Well, we do have Mario, Fail, Userpedia, and Shroom. What other catergory do you want, exactly?

what about forum awards

we could have stuff like "best counting game", "best use of reaction gif", and "best shitpost"

couldn't that be filed under "encouraging people to shitpost"? couldn't that be filed under "encouraging people to shitpost"?
Click to expand... 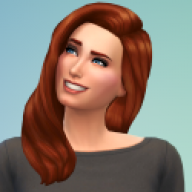 couldn't that be filed under "encouraging people to shitpost"?
Click to expand...

I'd like to partake this year. How do I register or whatever?
MAGIK IS GONE

Who am I? Isn't it obvious?

couldn't that be filed under "encouraging people to *bleep*post"?
Click to expand...

That would encourage people to do that more still.

Chat Administrator
Core 'Shroom Staff
Awards Committee
That's more of a suggestion so not the appropriate topic, but either way the death of me will come before I allow "best shitpost" to even be considered as a viable award option.
​
L

How would options for best or worst shitposts be determined anyway?

Lario said:
How would options for best or worst shitposts be determined anyway?
Click to expand...

Doesn't matter because I already said no.

Chat Administrator
Core 'Shroom Staff
Awards Committee
btw everyone Daylight Savings just began in the time zone used for standard meeting times and everything (east coast US), which I am in. The time here as of this post is 3:32am March 8th, 2015, give or take a minute, so please adjust your clocks accordingly if your area observes Daylight Savings now or at a later date and make note of the new time difference

Chat Administrator
Core 'Shroom Staff
Awards Committee
Note for anyone involved in UP Awards
I'm scheduling a meeting to run over all of the stuff for UP at least once; maybe another meeting to finalize. I'll set the date within a few days, so if you have a preference for which day and time please say so now or forever hold your reese's pieces.

Please refer to here for a final date and time and more information.
​

Chat Administrator
Core 'Shroom Staff
Awards Committee
Discussion for tournaments began today. Please refer to the logs for the day (when they're posted) for more specific info but basically:

If you would like to host a tournament, please PM me, Smasher, or Blocky, or post it here.

AC sanctioned tournaments can have threads posted by their hosts within this board. Please run your ideas through with the AC before you do that, though.
​

Chat Administrator
Core 'Shroom Staff
Awards Committee
If people would like to donate prizes please do so whenever you can, as our stockpile is running low. Any kind of prize is accepted, but Steam things (games, community items, and in-game items) seem to be the most popular. You can also donate physical prizes (i.e. Amiibos) if you are aware of shipping costs and private information (names, addresses) being shared. Download codes for Nintendo Points, iTunes, 3ds/WiiU games, gift cards, etc. are also accepted. Recommended range for spending is $5-10 for standard prizes, and ~$50 for our highest prizes, but we can accommodate any amount.

IF YOU'RE PLANNING ON GETTING A STEAM GAME, PLEASE WAIT TO MAKE YOUR PURCHASE DURING THE SUMMER SALE SO YOU DON'T WASTE ALL OF YOUR CASH (June 11-20)

The prize list will be posted later in the Awards season, likely August, with token amounts being determined after a majority, or all, of the tournaments have concluded and dispersed tokens so we can make costs fair and balanced.

Just contact me, smasher, or blocky with any questions, comments, ideas, donations, whatever.
​

Chat Administrator
Core 'Shroom Staff
Awards Committee
Also it would be a good idea to add The Mushroom Vault, our Awards prize stockpile account, if you intend on donating or receiving a prize, as many things have a 30-day wait period either from purchase, or to trade, or whatever. Last year we faced this sorta problem quite often so let's be a little proactive about it

I recommend using those to get nintendo eshop cards for regions you can't buy at the store (i.e. person in New York buying an EU Nintendo eshop card) or for itunes cards or something. If you do get things form this please try to stay relevant to the interests of this community (i.e. I doubt anyone's going to find much use from an Omaha Steaks gift card). I'm honestly not to sure exactly how the digital gift cards work so if someone does it please let me know.
​

Please check out UP Awards and 'Shroom Awards while you're at it !!
​