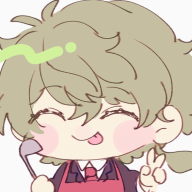 Yeah this had to come.

Banned User
Ok I am readeh

They're not starting yet.
M

C'MON IT'S TIME TO GET HYPED SAY "HOOP, THERE IT IS" 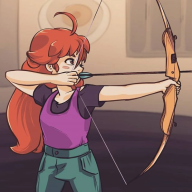 I basically win it every year just because people that don't read userpedia think the name sounds cool. It makes me feel bad when I win since I'm not even deserving of it! :P

But you guessed you would win. Don't you want those tokens? It's a paradox.
Gyakuten Kenji 2 SSLP | Yumihiko Ichiyanagi(Sebastian Debeste) ~ First-Class Farewell | memes and healthy drinks |

LN1 said:
But you guessed you would win. Don't you want those tokens? It's a paradox.
Click to expand...

Well, I figured it's probably going to happen! So yes, that is a paradox.....

You do not know how much I approve this single sentence. That man was a true hero. 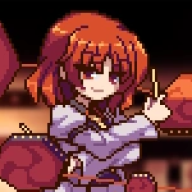 Userpedia has taken many forms throughout its history, starting as The User Wiki on June 12th, 2007, to bring unproductive user comics and stories away from the factual content of Mariowiki. As time went on, User Wiki moved to Mwuserpedia, changed hosts from EditThis to Scribblewiki, then to Adriels, and now to its own server, a somewhat complicated series of transitions that is easier to read here where its already fleshed out some! Userpedias time on Scribblewiki saw the largest rise in activity, sometimes matching or surpassing that of Mariowikis in all aspectswiki, forum, and chat. It became such a part of the community that the Userpedia Awards were added to the MW Anniversary Ceremony in 2008.

After SMB stepped down after 3 great years of Steward at the turn of 2013, Crash and I have assumed Co-Stewardship and, along with the rest of the staff, decided to take a few different turns. In this past year Userpedia has been combating the issues of activity, quality, stagnation, technical problems, and how we view our purpose as a site. Each one has been tackled in a ways that have changed the face of Userpedia substantially, and what we think is for the better. To help shake things up, as well as providing a general facelift, we (with a lot of work put in by 22 and Edo) created 2 new main themes: Urban Night and Urban Day. In order to show that the site is more about the users, the new logo features images of a persons fan-character if they sign-up to do so. Though Adriels has hosted Userpedia well for a few years, it began to crash a lot and jeopardize the integrity and safety of the information on the site, so we moved to our own domain and server through the VPS Management site Hexxeh. While this was a massive step, we underestimated the actual traffic Userpedia received and the amount of bandwidth we had was not enough, resulting in crashes sometimes once a week, sometimes once every 15 minutes. Through some trial and error, including just simply being on watch to reset it every time it crashes, it was decided to just move hosts again in July. Along with it being cheaper, we now have more memory and have not experienced any technical issues since!

We still have some big plans in the works and just need to fine-tune things before making them happen, but Ill allow a little insight into what were mulling over. Over the past few years a few of us have noticed that UP has been taking a more serious approach on things. We figured that making a new fun theme as the default would help break this, but more needs to be done. We are now working to take our long list of confusing rules and turn it into only one page of basic common sense rules; easing up on more of the stringent things and just letting people have fun and be creative! There are also vague plans in the works for a Proposals system to bring the community back into the discussion of Userpedias path.

And finally, the awards. The UP staff worked hard on trying to make this year different--making it more modern with the nominations so people actually know what is what instead of having to research relics from 2008, as well as start to turn more towards awards focusing on the community as a whole rather than looking only inwards. It is with this that we hope to start being more inclusive to the entire community. Thank you to all of the people who have been working hard in both the Userpedia and Mariowiki communities, as well as those who have worked tirelessly to set this ceremony up!

Tucayo is up first with U1. Favorite Retired User!

C'MON ALL THE FELLAS SAY "HOOP, THERE IT IS"

C'MON ONE TIME FOR THE LADIES SAY "HOOP, THERE IT IS" HI, MarioWiki! I'm your dedicated presenter, Tucayo, here with the results for U1. Favorite Retired User.

Probably the biggest downside of getting really into the community is seeing a good friend go. Whether you've known someone for years or just a couple of months, it's always sad to see someone you had really connected to leave. The reasons people leave are many: school, work, real-life endeavors, and many, many more. When you look at the users nominated for this award you may think "this is quite an eclectic group", and you're absolutely right. Some users in here were already long-gone when others were just joining; some are best-known for their wiki work, others for their contributions to the community; some still show up once in a while, others have simply disappeared. But there is something all of the nominees have in common, beyond their achievements, tenure, or preferred community output; they are all retired, and they are all users they all left a mark, making it impossible for us to forget them. Let's take a closer look at the nominees for Favorite Retired User. Actually, since this is a category with many nominations and we have only five minutes between awards, let's take a look at the users that finished in the Top 5, in no particular order. Yes, CLICK HERE.


And now, without further ado, let's get to the results. Coming in in third place we have

YellowYoshi398
And finally, as voted by you, this year's Favorite Retired User is

Damn, why can't there be spoilers inside spoilers.

Anyway, this year's Favorite Retired User is none other than


RandomYoshi, also known as Pi or Pidgey, who, in just over two years, left a huge mark on the community. He redefined the way we play Mafia, made us see math isn't as bad as we think it is, and was overall a great friend and a great user; a well-deserved win.
Thanks to everyone for reading, and enjoy the rest of the ceremonies! BYE!

DrConcreteMonkey is up next with U3, Favorite Comic!